Greece is one of the most loved tourist destinations for a multitude of reasons-history, ancient architecture, stunning landscape and beaches with crystal clear waters. But, first things first. Athens-the capital and largest city of Greece-should ideally be your first stop in Greece before heading out to the islands. The city is called the cradle of Western civilisation and rightly so being the birthplace of democracy, philosophy, Olympic Games, western literature, drama, political science, scientific and mathematical principles among a plethora of other things. Exploring structures from Ancient Greek and Roman civilisations dating as far as the 5th century BC is exhilarating to say the least. This history when seen in conjunction with the thriving city Athens is today makes one stop and ponder on how far the human race has come!

We spent two beautiful days in Athens and decided to soak up the history as much as we could (and sample the superb Greek cuisine!!). Here’s our list of must do things in Athens:

1. Acropolis: Your visit to Athens is incomplete without going to the Acropolis to see the Parthenon! Acropolis is an ancient citadel located on a hill which houses several ancient buildings of great architectural and historic importance. The Parthenon, a temple built in  5th century BC and dedicated to the patron goddess of Athens i.e. Athena, is the most iconic structure in Acropolis and Athens. It is exquisite to say the least.The most convenient metro station to get here is Acropolis. As you hike up the hill to reach the Parthenon at the top, take some time to admire the Theatre of Dionysos, the Odeon, Stoa and Propylaea. Temple of Nike and Erechtheum are the other structures at the top that you must spend some time at. A trip to Acropolis can easily take 3-4 hours and taking a guide to understand the history is highly recommended. Go before 10 a.m. for a quieter visit as tourists start pouring in soon after that. Located in close proximity is the Acropolis museum which houses various artefacts found during excavations at the Acropolis. We could not visit this one as it had closed for the day when we arrived there.

Northwest of the Acropolis is a rocky outcrop called Areopagus which has good view of the Acropolis on one side and the city on the other. However, we felt the birds eye view of Athens from the Parthenon was more beautiful. Also, like the Eiffel Tower in Paris, you feel the Parthenon is following you-you can literally see it from anywhere!

2. Ancient and Roman Agora: The literal meaning of the word agora is “gathering place” or “assembly”. The agora was the center of athletic, artistic, spiritual and political life of the ancient greek city-states.From the Acropolis, you can walk to the Ancient Agora and explore the site-the most prominent structure here is the Temple of Hephaestus. The Roman Agora is smaller. Close to the Roman Agora is Hadrian’s Library which was built by the Roman emperor Hadrian in AD132. A small museum inside the library displays some artefacts found during excavations.

3. Kerameikos cemetery: Kerameikos is a cemetery containing ancient graves, ruins and an intimate museum with archaeological relics. It is interesting to see plethora of items  that the ancient greeks buried with the dead called ‘grave goods’ so that they have a good ‘after life’ as well. Numerous graves were also adorned with beautiful sculptures. More than the site, we loved the walk from the Kerameikos station till the cemetery. Simply gorgeous! 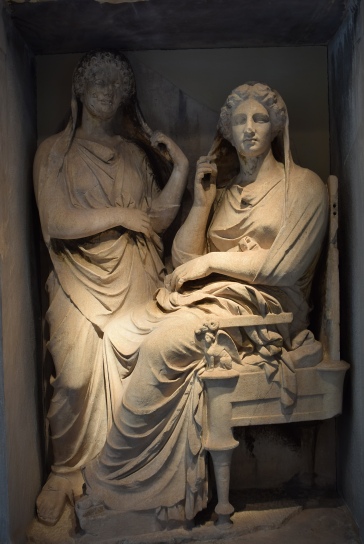 4.Temple of Olympian Zeus: Dedicated to the Zeus, the king of Gods, this temple has striking columns. You can also see a tiny version of this from the Parthenon. Originally there were 104 Corinthian columns of which only 15 remain standing today. It does not take much imagination to realise that this was a colossal building at one point of time. Hadrian’s arch, a monumental gateway-is located close to the temple.

5. Panathenaic stadium: This is the historic stadium where modern olympic games were held for the first time in 1896. Though the site itself dates back to 330 BC when a racecourse stood here. It is also the only stadium in the world build entirely of marble. We simply loved this place (first visit to an olympic stadium ever!) and spent quite some time here as it was our last stop for the day. I love history and the hubby loves sports so it was the perfect place for us. Taking the audio travel guide here is highly recommended. The view from the top row of seats is good so head up there and relax for sometime while absorbing the beauty of the surroundings. 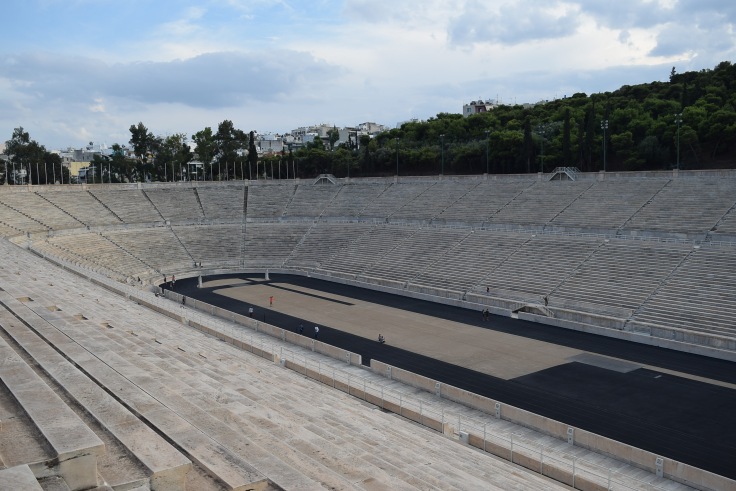 6. National Archaeological Museum: The best museum in Athens has the largest collection of ancient Greek antiquities from jewellery, pottery and grave goods to massive statues and sculptures. 3-4 hours can easily be spent here and I would recommend reserving at least 2-3 hours for this museum. It is walking distance from the Victoria station. 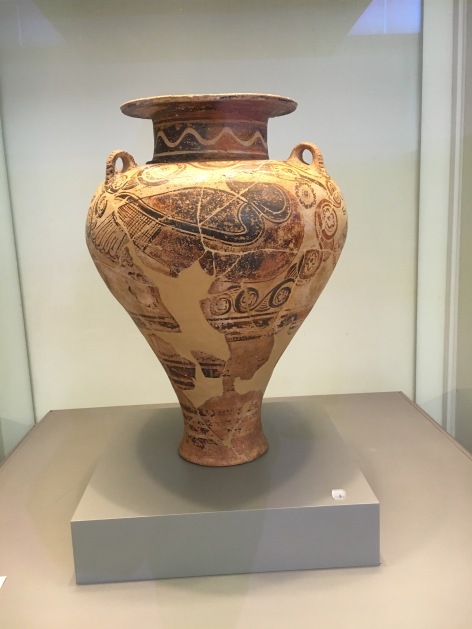 7. Plaka: The beautiful neighbourhood of Plaka at the foot of the Acropolis is a bustling area full of pretty cafes and beautiful shops. Walk around this neighbourhood and enjoy the positive energy here while enjoying greek delicacies at one of its picturesque cafes.

Most of the these areas are in close proximity to each other. We bought the 30 euro pass which covered all these places except the National museum and the Panathenaic stadium. We used the metro for commuting (from the airport as well) and found it to be safe and convenient. There are many day trips that can be done from Athens-Temple of Poseidon, Hydra, Delphi, Meteora etc. if you are staying here for at least 3 days. Otherwise, just enjoy the history, the food and the warmth of the city! Atitamos and Efcharis are highly recommended for authentic greek food! 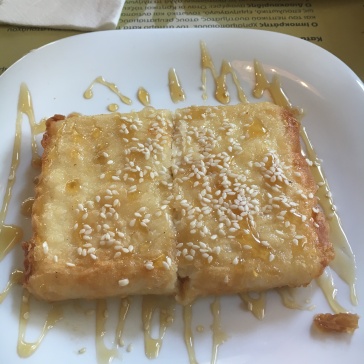