Porto was like a sweet surprise during our Portugal trip. I included it in my itinerary for two reasons- the city’s core is a UNESCO world heritage site and it is the birthplace of the famous Port Wine. In addition, I was keen to explore a Portuguese city outside Lisbon to get a more holistic experience.

Located in northern Portugal, the city of Porto has an enchanting church/building/monument every 10 steps. Like Lisbon, it is one of the oldest cities in Europe but unlike Lisbon (which got almost completely destroyed in 1755 earthquake and was resurrected later) the old heritage is intact. The Douro River cuts through the city with Vila Nova De Gaia, which houses the cellars where port wine is stored and aged, being on the other side. Porto has steeper hills compared to Lisbon so do wear your most comfortable shoes.

How to reach Porto: We arrived via train from Lagos and since we were staying at Vila Nova De Gaia, we got down at ‘Vila Nova De Gaia’ station. The journey takes almost 7 hours. Unless you take the super early morning train from Lagos, you will have to change twice– once at Tunes and then at Lisbon (Oriente). We used this site to book all our trains.

How to get around: Porto has a well-developed public transport system. Uber also operates here and it is cheaper than hailing a taxi most of the times. We extensively used Uber in Porto since we just had two days and we didn’t want to waste precious time in public transport!

Where to stay: We stayed at the lovely Douro River Apartments, situated right along the Douro River at Vila Nova De Gaia. Its an affordable, cozy studio with fantastic views of the Ribeira. Vila Nova De Gaia is a good location with good eateries and close to many points of interest.

Day 1: We arrived in Porto in the afternoon. We checked into our studio and freshened up before exploring the city.

Our first stop for the day was Clerigos Tower and Church. Designed by an Italian architect, Nicolau Nasoni, the Church was built before the bell tower. At the time of its construction, the Clerigos Tower was the tallest building in Portugal at 76 metres. You can climb up its six levels (230 steps) in order to get to the belfry and admire the panoramic view of Porto. The Church itself is a very peaceful and beautiful one adorned with gold (Porto churches are full of gold!). My suggestion would be to come here at an odd time– either early morning or late evening. At peak times it could get really crowded and you can imagine climbing those steep, winding steps with 100 other people–avoid especially if you are a claustrophobic. We arrived here almost at sunset time and it was lovely (and romantic!). We spent quite sometime enjoying the fantastic views and cool breeze. 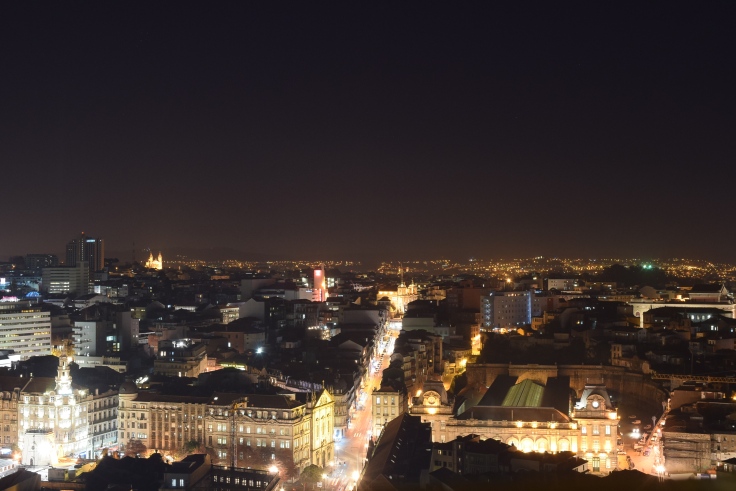 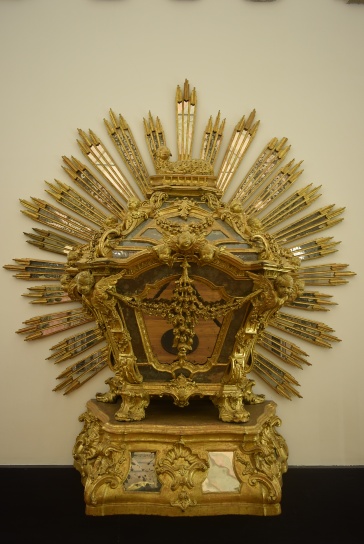 Our next stop for the day was Livraria Lello (or Lello library) which is one of the oldest libraries/bookstores in Portugal (and the world!). Its a gorgeous little place and shot to greater prominence because its staircase gave JK Rowling the inspiration for Hogwarts Staircase! Ms. Rowling spent 10 years in Porto and was a frequent visitor of this library. Thanks to Harry Potter, the library has gained such fame that they are charging an entrance fee of 5.5 EUR per person. Though this can be redeemed if you make a purchase inside the library. The Portuguese collection is quite extensive and they have English books as well. We bought 2 books as souvenirs! By the way, the oldest library in the world is actually in Lisbon and we stumbled upon it while strolling its streets!

We had some gelato at Amorino and walked on Porto’s beautiful cobblestone streets for a while before settling down for an amazing dinner at Tapabento Trindade. While you are in Porto, you should try Francesinha- a monster sandwich with meats, cheese, egg and beer sauce served with fries. We tried it at Sao Goncalo and it was quite decent especially the beer & tomato sauce. Though it was huge and we shared it between the two of us. 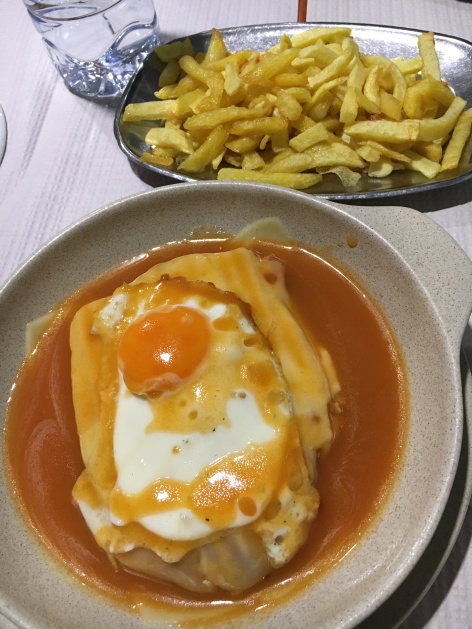 Day 2: We were supposed to leave this evening for Lisbon so we started early and took the funicular to the Dom Luis bridge. This iron bridge, built across the Douro river connecting Porto and Vila Nova De Gaia, was the longest of its kind in the world when it was built in 1886. It is often confused with the nearby Maria Pia Bridge built in 1877 by Gustave Eiffel. The views from Dom Luis are extremely scenic and we walked the entire length admiring the same.

We walked down from the other side, back to our studio (less than 10 mins!). We checked out and stored our luggage at Campanha station. We then had a delicious brunch at Dama Pe de Cabra. It is the top ranked breakfast place in the city right now and we loved it! We also bought some port wine jam to take back home. 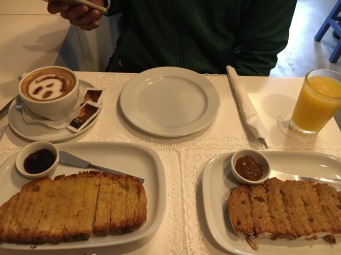 We then had tea at Cafe Majestic which is supposed to be one of the most beautiful cafes in the world. It sure was really beautiful-decorated ceiling and ornate facade! It looked quite pricey though.

We then walked to Chapel of Souls (Capela Das Almas)-the most beautiful Church facade I have ever seen. Its exterior is made up of exquisite blue azulejo tiles. Azulejo tiles or painted tilework can be found across Portugal and is a prominent feature of Portuguese architecture. Portugal has several gorgeous churches but this one is so different because of its exterior.

The Chapel of Souls is in the middle of Rua de Santa Catarina, one of the best known shopping streets in the city. I wish I had more time here but in the limited time I had, I managed to get a great pair of boots!!

We kept walking, admiring one beautiful building after another, crossing the wet market all the way to Igreja (Church) Da Trindade. This is another exquisite church with a small sitting area outside which had the prettiest trees with fall leaves!

We then took an uber to Campanha station to catch our train back to Lisbon. Porto was beautiful like a dream for us. When we come back to Portugal we would definitely spend more time here sipping coffee in its cute cafes and seeing more of those exquisite churches!

Are you planning a trip to Porto? Let me know in comments or email me if you have any questions. Do you have extra day in Porto? Make a day trip to Douro valley and read about my experience here.