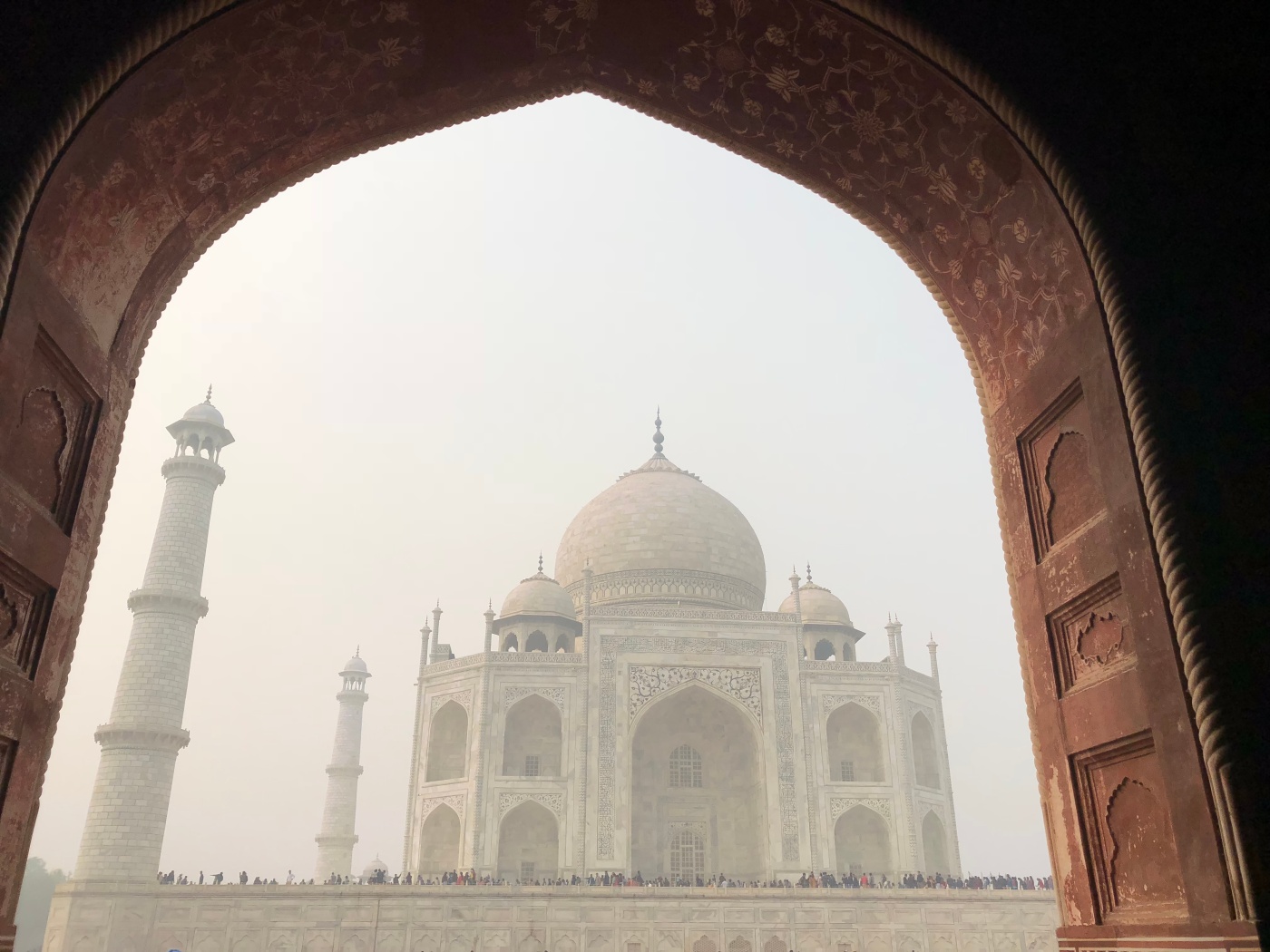 I have finally seen the majestic Taj Mahal!! After spending 27 years of my life in India, I accomplished this feat on my recent visit to my parents place. Its a 5 hours drive from their house and the Yamuna expressway is pretty good. Thought I missed it again because it was so foggy when I reached there but then the Sun God was king enough to shine a bit by noon.

Built by Mughal Emperor Shah Jahan for his beloved wife Mumtaz Mahal on her death, Taj is hailed as one of the New Wonders of the World. It lives up to that tag and is truly surreal and enigmatic. Made entirely of white marble, it has two mosques on either sides, royal gardens in the front and river Yamuna flowing alongside. Touring the site can easily take half a day and more if you plan to visit the museum (I skipped this!). It was pretty crowded since I landed there on the new year weekend. If you go early morning or on a weekday afternoon you can pretty much have the place to yourself. Sharing some pictures (unedited) of my first encounter with Taj! 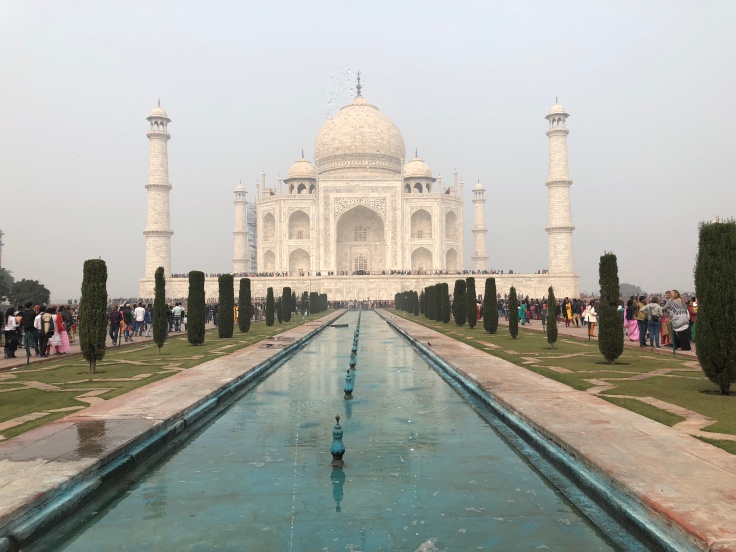