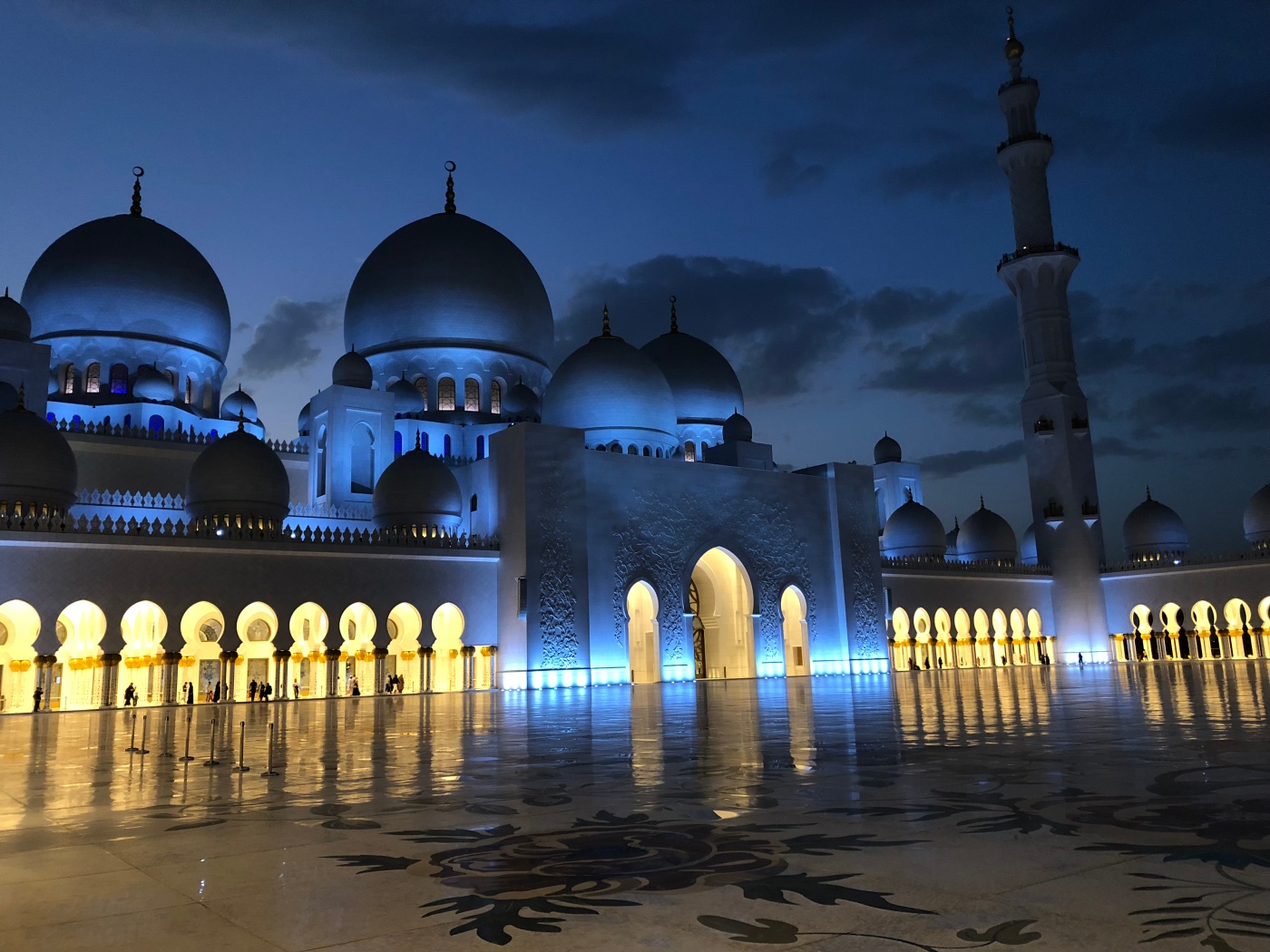 Abu Dhabi is a great day trip if you are in Dubai for longer than 3 days. There are a variety of attractions for a fun-filled and exhilarating day. We started off the day with a visit to the Ferrari World on Yas Island, a man-made island in Abu Dhabi. Ferrari World itself can take a whole day. There are many rides and shows catering to the brave-hearts, families and kids. And since its in the Emirates, the rides are also the fastest in the world, with the tallest loop in the world etc. The adult rides mainly simulate the thrill and adrenaline rush a Ferrari race car driver feels during the race. I was scared and had my eyes closed 50% of the times during the rides (or maybe 90%) but it was an awesome experience. In one of the rides it was just me and my husband in the front seats!! After that I told him I prefer more strangers to feel safer haha! 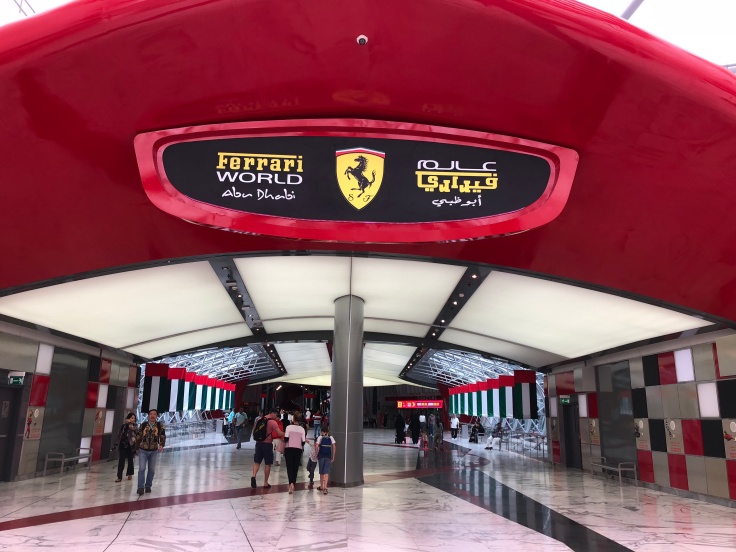 Of course, for all you Ferrari lovers there are loads of cars on display.

We had a quick lunch at Yas Mall before heading off to the newly opened Louvre Museum. The only other Louvre in the world after Paris, this one opened only in 2017 and boasts of a great collection minus the Paris crowds. The museum has famous artworks on loan from leading French museums including Leonardo da Vinci’s ‘La Belle Ferronniere’, Vincent Van Gogh’s self portrait  and Jacques-Louis David’s ‘Napoleon Crossing the Alps’ among others. We spent around 2 hours here and tickets can be bought from the counter. Sadly they had run out of the audio guides. 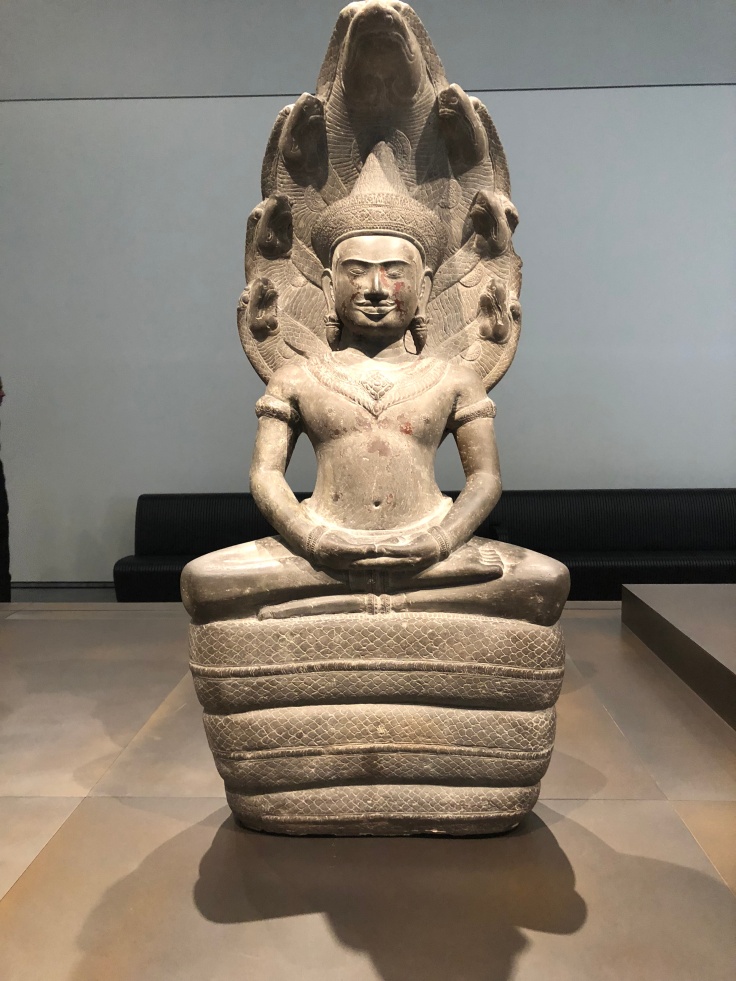 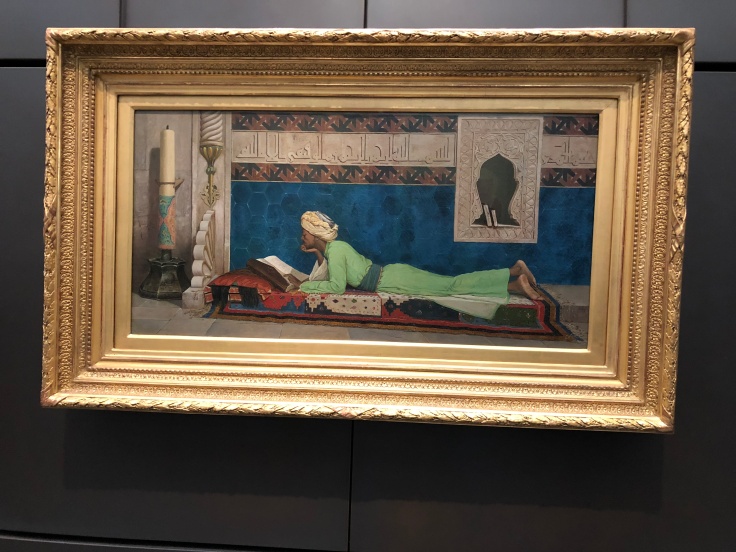 Our last stop for the day was saved for the best and the reason I wanted to do a day trip to Abu Dhabi i.e. the magnificent Sheikh Zayed Mosque. The mosque was built to commemorate Sheikh Zayed, one of the founding fathers of Emirates, who is cremated there. It is every bit as surreal as it looks in pictures on Instagram. We arrived just before sunset to see the mosque in daylight and with the lights on. The prayer inside is very calming and serene as well. It was beautiful to say the least. 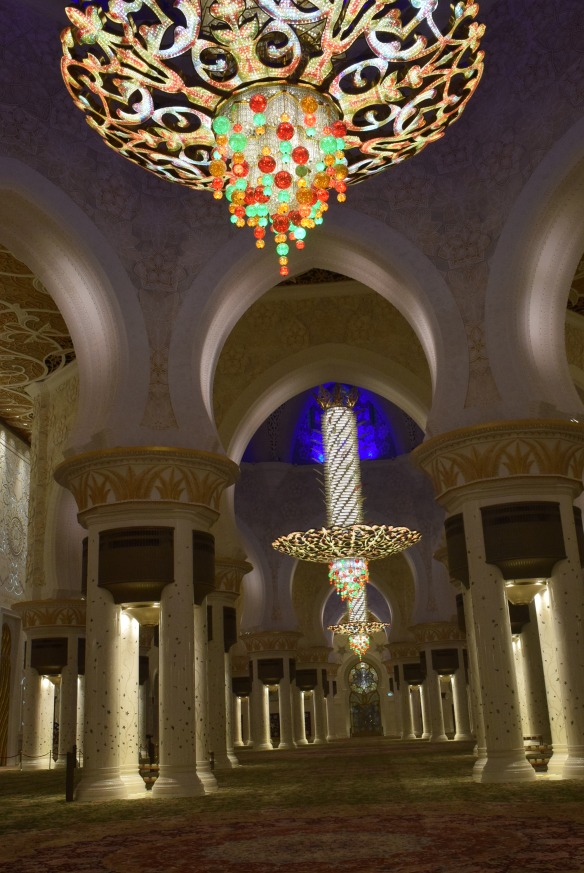 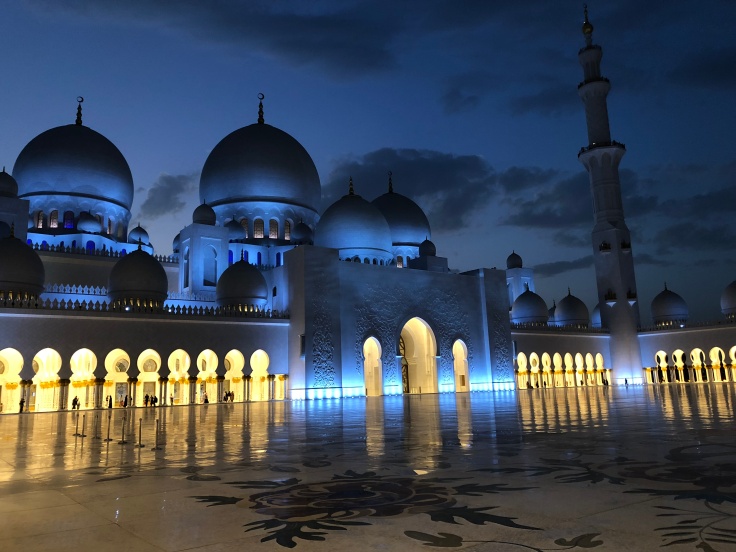 Abu Dhabi is about a 1.5 hour drive away from Dubai. We booked a car for an entire day from Gulf Luxury Cars and were pretty happy with their service.