While going from Gdansk to Wroclaw, we decided to break the journey with a one-day pit-stop in one of the cities in Central Poland and after some research zeroed in on Poznan. Located in the west (closer to Germany), this one is a university town full of students (and a hipster vibe!) and is also a thriving business centre. Well, to be an honest when I arrived here I thought the city looks quite boring and on top of it our accommodation wasn’t as expected (more details below). However, I truly enjoyed some experiences and was glad we came to Poznan.

We took a train from Gdansk which took about 4-5 hours to reach. It was raining resulting in a temperature drop to 14 deg C in the middle of June. We then took an uber to our apartment  (a bit difficult to find) only to realize that we need to collect keys from some other location which was 1.5 km away. We dragged our suitcases all the way to collect keys and then took an uber back to our apartment. It was a new building  with very few residents so I was a bit skeptical about the safety. The apartment itself was very good value for money (44 SGD/night), but there was this drilling/renovation noise during the evening for sometime. Anyways, we headed out to explore Poznan’s beautiful old town and market square. I was particularly impressed with the riot of colours– straight out of a fairy tale! 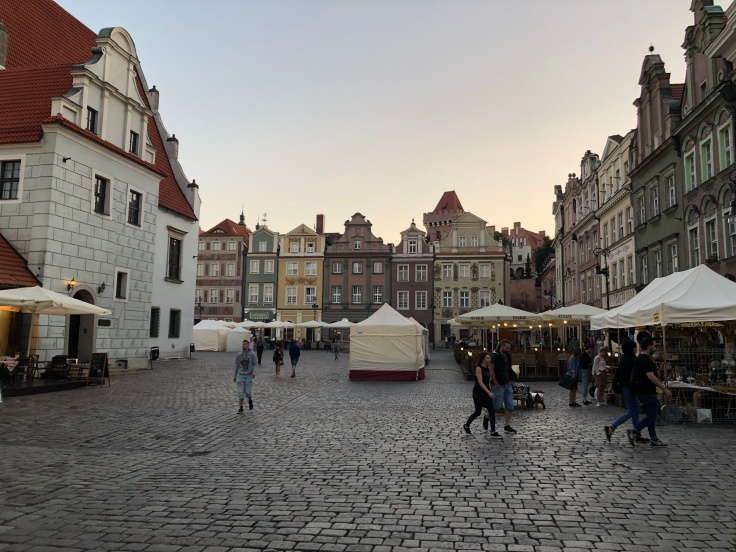 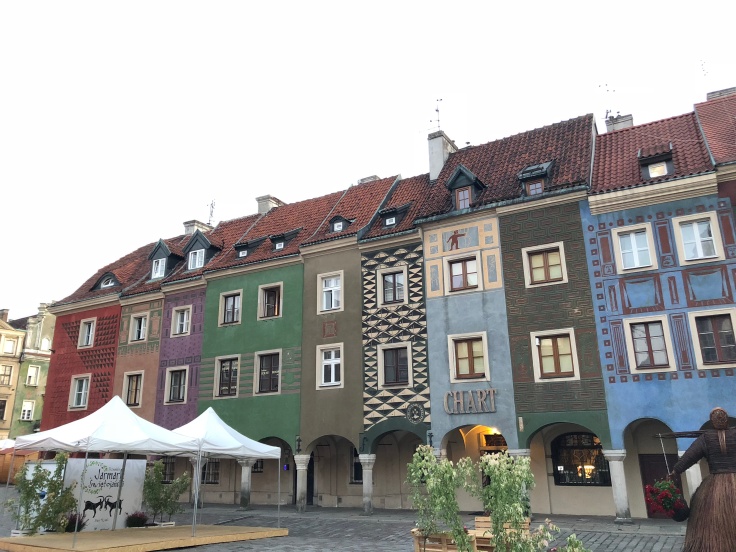 The architecture of Poznan’s town hall is quite distinct from other cities in Poland and truly stands out. I thought the architecture was pretty similar to some of the mosques in South Asia.

We wanted to have local fare for dinner but for some reason all restaurants in Poznan are serving burger and fries. Maybe catering to the university kids? We settled for this cute burger place called Chichi 4U and it was pretty good! 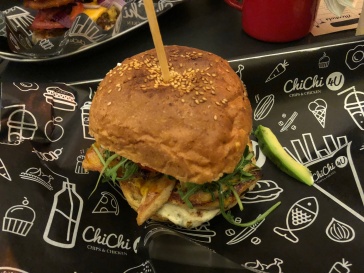 Next morning we visited this insanely beautiful church called the Parish Church of St. Stanislaus. Built in the 17th century, it is one of the most stunning examples of Baroque architecture in Poland. I just couldn’t stop myself from gawking at the exquisite paintings and sculptures especially on the ceiling! The entire church was just so beautiful, I didn’t want to leave.

We then had delicious breakfast at Lavenda–another cute cafe (gotta love these cute cafes in Europe). 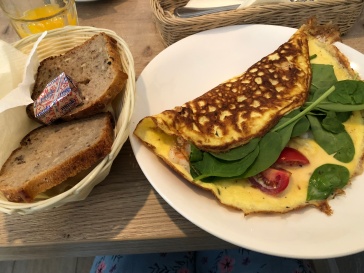 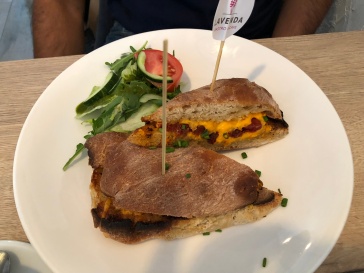 After another stroll at the market square, we went for our gelato fix. Poznan is supposed to be the ice-cream capital of Poland and truly so with an artisan gelato shop every few steps. We were definitely not leaving without having a gelato! This particular shop had so many unique flavors- we settled for scoop each of green apple and whiskey coffee. Pure heaven!! 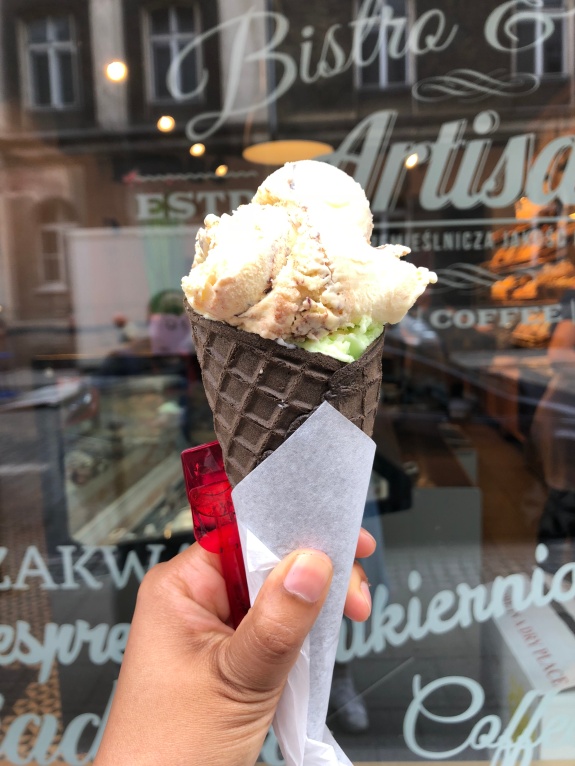 While going to the train station, we chatted with our uber driver who mentioned he is driving in order to save some extra bucks to fund his choir group’s tour to China! So cool! Love meeting and chatting up people on our trips–everyone has such interesting life stories to share.

One thought on “Poznan in one day”